ABOUT JULIAN: The newest addition to the Exeter Chiefs coaching team coming on board during the summer of 2018 after calling it as a player with the Devon club.

Julian arrived at Sandy Park during the summer of 2015 from Aviva Premiership rivals Leicester Tigers.

Widely regarded as one of the the division's most destructive back-row forwards at the breakdown area, the vastly experienced Australian helped to bring a real edge to the Exeter pack.

An impressive first season in Devon saw Salvi feature prominently as the Chiefs booked themselves a first-ever place in the end of season Premiership final against Saracens.

Sadly, a bicep injury blighted a large part of his second season at Sandy Park, but he was able to return for the latter stages of the campaign and skippered the club to the Anglo-Welsh Cup Final, narrowly missing out on glory to his former club Leicester.

Salvi had three seasons as a player with the Chiefs, featuring 53 times for the club, scoring three tries in the process.

Prior to joining the Tigers in 2011, Salvi previously played for the Brumbies in Super Rugby, as well as a short stint in England with Bath. 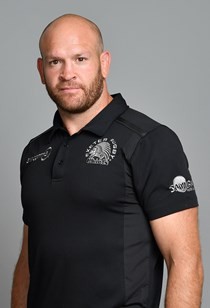