ABOUT ROB: Exeter's highly successful Director of Rugby, Rob Baxter initially joined the club as a young colt in 1987 and quickly worked his way up through the ranks to that of a first team player. During a distinguished 16-year playing career, 10 of which he served as club captain, Rob amassed over 300 appearances for the Devon club at their old County Ground home.

Originally from Tavistock and the son of former Exeter Rugby Club stalwart, John Baxter, Rob has lived in Exeter for over 40 years. Following his retirement from playing, he started his coaching career as the Director of Rugby at the University of Exeter and combined this with coaching at Exeter Chiefs, firstly with the United team and then as forwards coach.

Rob became head coach in 2009, and during his first season in charge, he led the team to promotion from the RFU Championship and into the Aviva Premiership for the first time in the club's history. In the subsequent years that have followed, Rob has not only established the Chiefs as proven force within English rugby's top tier, but also further afield in Europe where the club are now regarded as a rising force within the modern-day game.

In the 2011/12 season he picked up the prestigious Premiership Rugby Director of Rugby accolade for the first time and has since been nominated on three previous occasions at the annual awards night in London.

A year later he was part of the England coaching set-up during their summer tour to Argentina, before he successfully guided the Chiefs to their first piece of major silverware in 2014, when they beat Northampton Saints at Sandy Park to lift the LV= Cup.

He has continued to oversee huge on-field success for the Chiefs, steering them to a first-ever Champions Cup quarter-final in the 2015/16 season and a first Premiership final in 2016, when his side narrowly lost out to Saracens in the end of season showpiece at Twickenham.

A year later, though, Baxter was guiding his side back to the home of English rugby where, following a fantastic 16-game unbeaten run, they overcame Wasps in the 2017 Premiership Final to lift the English title for the first time. 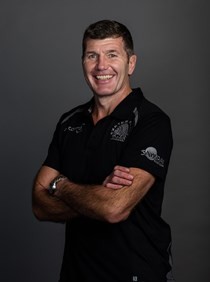