A new and exciting chapter in the history of Exeter Rugby Club has been unveiled with the announcement that the Chiefs are to create a new professional women’s team.

The team, which will be the club’s first-ever affiliated women’s team, are currently tendering for a place within the Tyrrell’s Premier 15s League ahead of the 2020/21 season.

For some time, Exeter Rugby Club chief executive, Tony Rowe OBE, together with Director of Rugby, Rob Baxter, have been exploring the idea of creating a women’s team at Sandy Park – and the fruits of their labour have now been revealed with plans back in September 2019.

As well as the creation of the new women’s team, the club will be employing former England Women’s internationals Susie Appleby and Amy Garnett as their senior coaching team.

Susie, who has taken on the role of Head Coach, joins Exeter Rugby Club from Gloucester-Hartpury Women’s team where she has been in a similar role since 2014 - and she will be assisted by Amy, who has appeared at three Rugby World Cups and is England’s most-capped hooker of all time with 100 caps. She has also previously skippered Saracens Women to successive Premiership titles, as well as the Premiership Cup in 2008.

The duo’s will use this year to pull together a squad of players with the view of competing in the Tyrrell’s Premier 15s, as well as working with both Exeter College, Exeter Athletic RFC and the University of Exeter helping to help develop young, local players with the aim of producing talent for the future within local leagues here in Devon. 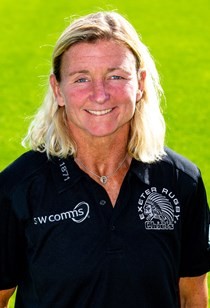 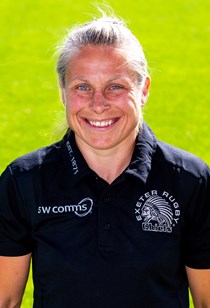