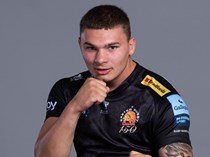 The highly-rated back-row forward joined the Exeter Chiefs from Gallagher Premiership rivals Gloucester, where he was a product of their academy set-up.

A former pupil at St Peter's High School in Gloucester, he joined the Cherry & Whites academy in the summer of 2017. Within months, he was making his first-team debut, coming on as a replacement for Ben Morgan in an Anglo-Welsh Cup game against Newcastle Falcons.

Later that year he made his Premiership debut - again as a replacement for Morgan - against the Chiefs on November 24.

First-team opportunities proved limited for Hinkley, who was continuing to impress many with his form in the England age groups, particularly the Under-20s who he produced a man of the match display for against France at Sandy Park.

Although niggly injuries hampered Hinkley's first season in Devon, the energetic forward is hoping to make his mark during the 2021/22 season. 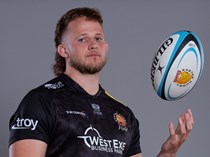 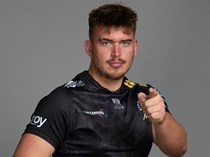