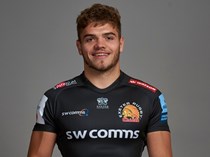 The gifted, yet highly-versatile back, arrived at the Chiefs during lockdown in 2020 following a move from Welsh Pro14 side, the Scarlets, whom he joined in 2016.

Signed on a three-year deal by Chiefs Director of Rugby, Rob Baxter, Baldwin made his senior debut in 2016 for Llandovery against Bedwas as a replacement and a month later, he made his debut for the Scarlets, scoring a try in the Anglo-Welsh Cup game against the Newport Gwent Dragons.

In 2017, he was named in the Wales Under-20s squad for the first time and much like his Scarlets debut, he scored in his first game, which was a 65-34 victory over Scotland U20s.

He made his Chiefs debut in an impressive away-day victory against Northampton Saints and would go on to feature three more times during the 2019/20 campaign. 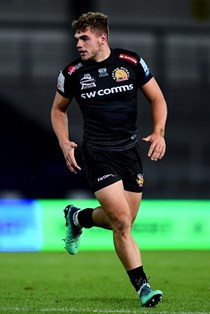 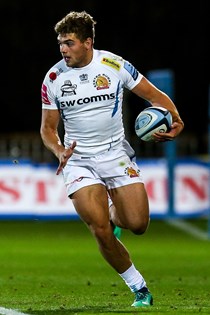