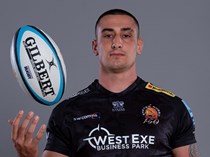 It was confirmed early in February 2021 that Cornishman Cory would be one of several Exeter Chiefs’ players to be dual registered with the Cornish Pirates for the belated 2020/21 Championship season.

Cory played his early rugby for Wadebridge Camels and he was educated at Bodmin College where he achieved a Level 1/2 Carpentry qualification. His parents have always been supportive, which has been much appreciated, and his respected coach at college, Tom Rawlings, has also helped him develop as a player.

For the Chiefs, Cory initially represented them from Under 16s and later played in the Premiership Rugby Cup and the ‘A’ League competitions. He also, in 2019/20, when playing for Taunton Titans, helped the Somerset team achieve promotion from National Two South. 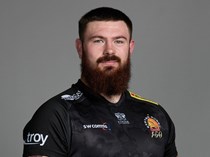