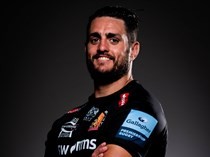 Sydney-born Dave Dennis moved to the Exeter Chiefs ahead of the 2016/17 campaign having spent all his senior career at his hometown club, the Waratahs.

Equally at home in the back-row or at lock, the vastly experienced forward was a key figure for the Tahs both on and off the field.

With 18 Australian and over 90 Waratahs’ caps to his name, he played all of his Super Rugby games for NSW since debuting in 2007 and was club captain the year they lifted the title in 2014.

After making his Wallaby debut in 2012, Dennis also became one of only two players, together with Nathan Sharpe, to feature in all 15 Tests played that year.

A former team-mate of Chiefs skipper Dean Mumm, he was given a glowing endorsement of his new club ahead of signing a three-year deal with the Devon club.

In a fantastic first year at the Chiefs, Dennis made 25 appearances in total, including featuring in the club’s Aviva Premiership Final victory over Wasps at Twickenham.

That success ensured he joined a rare group of players in landing career titles in both the Northern and Southern Hemispheres.

In March 2019, Rob Baxter confirmed Dennis had agreed a new two-year deal with the club. 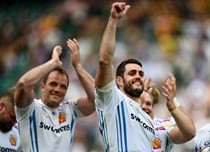