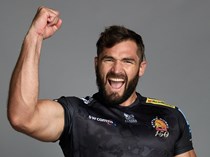 A relative unknown when he arrived at Sandy Park in 2013, the Zimbabwean-born forward has quickly forged himself as a proven force within the English and European game.

Armand made his senior debut back in March 2012 for Western Province, featuring in a 51-22 victory over the Boland Cavaliers. That same year he finished the Vodacom Cup season with six appearances and a try to his name, but his displays had been noted by Super Rugby side, the Stormers, who called him into their squad for the final tour game of their tour to Australia.

He made his Super Rugby debut in a 17-3 win over the Western Force and was a fixture in the 2012 Western Province Currie Cup side, helping them to win the final against the Sharks in Durban.

Chiefs head coach Rob Baxter clearly liked what he saw of Armand and brought him to England in the summer of 2013 on an initial two-year deal. The all-action forward, who can play both in the back-row and second row, quickly settled to life in Devon and in March of 2014 helped the Chiefs to win their first piece of major silverware as he featured in the side that saw off Northampton Saints to win the LV= Cup.

Since then, Armand has continued to flourish in Exeter colours. He helped the club to reach a first-ever Premiership final in 2016, losing out to Saracens, but a year later put in a man-of-the-match display to help the Chiefs see off Wasps at Twickenham. He was also named in the Premiership’s Dream Team for the 2016/17 season.

On the international front, Armand was one of five Exeter players to tour South Africa in the summer of 2016 with the England Saxons, before he gained his first England cap a year later, coming off the bench in England’s victory over Argentina.

Armand won a second international cap during the 2017 Six Nations Championship and was skipper of the Chiefs as they reached a third successive Premiership final in May 2018, narrowly going down to rivals Saracens at a packed out Twickenham.

Now with over 150 appearances to his name for the club, Armand played his part during a hugely successful 2019/20 season as the Chiefs secured a second Premiership title, as well as the European Champions Cup for the first time. 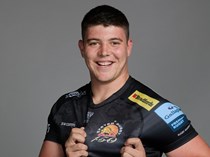