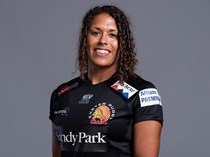 Winger Mackinder realised a dream last season, returning to Devon to continue her career within the Allianz Premier 15s for her local side.

She opened her Chiefs account with a double against DMP Durham Sharks. Mackinder scored five tries in total across the Chiefs' debut campaign, including a stunning finish in the corner to snatch victory away at Bristol Bears in January 2021.

After taking a break from the sport post-university, Mackinder spent four seasons at Saracens, winning the Premier 15s title with them in 2017/18, before moving across the capital to rivals Wasps.

Her speed and nose for the try-line saw her finish as top try-scorer in the Women’s Premiership in 2016/17.

Mackinder is also an experienced 7s player, having made her HSBC World Series debut for England at the Clermont-Ferrand 7s in 2017.

Alongside her career with the Chiefs, Mackinder also works as an investment partner for Sport England. 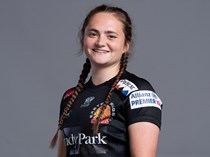 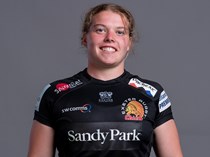