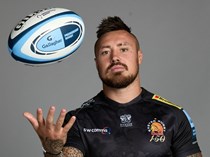 Exeter's first-ever British & Irish Lion in 2017, the gifted Cornishman has literally gone from strength to strength since starting out as a youngster with the Cornish Pirates mini’s section.

Brought through Truro College, Nowell’s talents were clear to see from an early age and his rise through the ranks has come as no surprise to many associated with the talented back. Loan spells with Redruth, Plymouth Albion and the Pirates all helped to nurture Nowell into the rigours of senior rugby, but it was in October 2012 that he made his senior debut for the Chiefs in an LV= Cup clash against the Ospreys.

He made his Premiership debut less than a month later against London Irish at the Madjeski Stadium and has not looked back since.

Having won the LV= Breakthrough Player of the Year in 2012/13, Nowell has established himself as a regular and popular figure within the Chiefs ranks. Often used on the wing, he is equally adept playing at centre or full-back, where his willingness to look for work, coupled with his ability to spot a gap and add the scoring finish, has made him a deadly performer for both club and country.

Alongside four of his Exeter club-mates he helped England Under-20s to lift the Junior World Cup in 2013, before making his senior international debut a year later against France. He scored his first international try shortly after against Italy and has since go on to represent England in the 2015 and 2019 Rugby World Cups, as well as helping the Red Rose country to lift two Six Nations titles.

A magnificent 2017, however, was crowned with him lifting the Premiership title in May against Wasps, then heading to New Zealand a month later to feature for the British & Irish Lions on their summer tour, where he featured in two of the three test matches against the world champions.

A toe injury sustained in the European semi-final victory against Toulouse saw Nowell play through the pain barrier for the final few weeks, before he then underwent surgery in the close season. 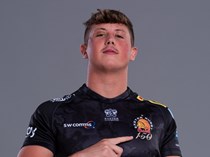