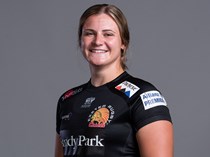 Canadian international McKinley Hunt shone for the Exeter Chiefs in her debut campaign, finishing as the club's top try scorer with 8 tries.

She was also shortlisted for the Premier15s team of the season, after several standout performances, including a hattrick away at Wasps.

McKinley began playing rugby at 14, where she was part of the Rugby Ontario side that secured three national championships.

A gifted performer even at an early age, her talent was clear to see and in 2017 she captained Canada's Under 20s, the same year as she won her first Test cap for her country.

Since arriving in Devon, she has played a lead role in the impressive Exeter pack. Not only does she offer a proven physical threat, but her ability to score tries from close range has prove a vital attacking weapon for the Chiefs.

Away from rugby, Hunt combines her time between work as a social sciences teacher and studying for a masters degree in education. 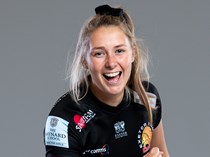 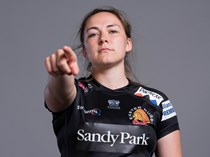