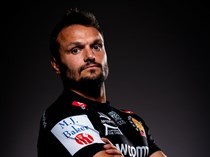 Rob Baxter's first signing when he took charge of the Exeter Chiefs back in 2009, the Welshman has played an integral role in the rise of the Devon club since his arrival.

Having started his playing career featuring for his hometown club Caerphilly and then Bedwas, Dollman was signed by the Newport-Gwent Dragons and quickly made a name for himself at Rodney Parade.

After making his debut for the Dragons in 2007, he went onto feature 37 times in the Magners League for the Welsh region before he was brought to the Chiefs.

He debuted for the Devon club in an away fixture at Moseley and has since gone on to play almost 200 first team games for the Chiefs.

Over the years Dollman has played predominantly at centre or at full-back, but he has been known on occasions to fill in at both fly-half and on the wing.

One of the few survivors of the Championship winning side of 2010, Dollman's honours with the club include winning the Aviva Premiership title in 2017 and the LV= Cup in 2014.

Following Exeter's title win in 2017, Wales selected Dollman to be part of their tour to tackle Samoa and Fiji, but a knee injury sustained in the Premiership Final meant he was forced to withdraw from the squad. 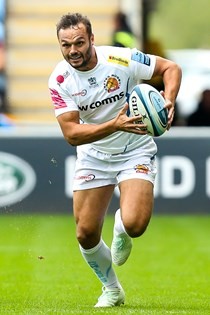 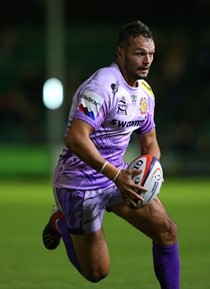