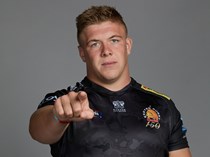 Brought to Sandy Park ahead of the 2021/22 season, Nixon is a quality tight-head who has plied his trade both here in England, but also in France as well.

Having started his rugby career at Sherborne RFC - the same junior club as Ollie Devoto - Nixon was educated at Hazelgrove Prep Shool and Millfield School before joining the London Scottish Academy.

From there he would enjoy a successful spell playing in National League One with Plymouth Albion, before joining in Bath in 2017 where he would feature for them over the next three seasons in the Gallagher Premiership, Heineken Champions Cup and Premiership Rugby Cup.

A short stint on loan at Yorkshire Carnegie in the Championship helped further develop the young forward, before in 2020 he headed across the English Channel to Bayonne, where he became a prominent figure in their pack of forwards, featuring regularly for them in the Top 14.

However, the chance for the Dorchester-born prop to return to the Westcountry was a big pull for Nixon and ahead of the 2021/22 season, he became one of a handful of new recruits brought in by Rob Baxter at the Exeter Chiefs.

He made his first-team debut for the club, coming off the bench in their Premiership opener away to Leicester Tigers at Welford Road. 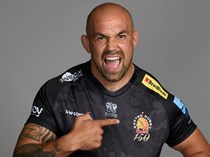 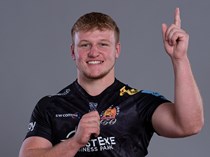