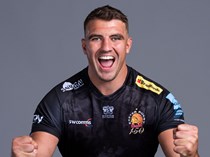 Sam Skinner always dreamed of a professional rugby career, but he thought he’d missed the boat when he finished school in 2013 without being spotted by an academy.

He had set his sights on travelling the world on a gap year but a late growth spell encouraged him to give rugby one last go. He joined Taunton in National League Two South and went from there.

Ten games into the 2014/15 season, Exeter Chiefs came knocking and offered him a contract to join their academy. He made his first-team debut in the LV=Cup against Gloucester in November 2014 before later going on to make his Premiership debut against Northampton Saints.

A hard-working forward, who can play both at lock or in the back-row, the Chiefs quickly identified Skinner as a player with a huge future ahead of him, especially given his credentials as a proven on-field leader.

As well as being part of the Exeter Chiefs squad, Skinner combined his work at Sandy Park with that of studying for a degree at the University of Exeter, whom he captained to BUCS Championship success in 2016.

Once University was over, however, it allowed Skinner - who previously represented England at Under-20s level - to really knuckle down and concentrate on his rugby. This he has down with aplomb ever since, not only establishing himself as a proven performer for the Devon club, both in the Premiership and in Europe, but his form has also taken him onto the international stage, where he made his Test debut for Scotland in October 2018 against Fiji.

Skinner would go on to feature for Scotland in the 2019 Six Nations and was on course to travel to Japan for the Rugby World Cup, that was until a hamstring injury sustained in the warm-up fixtures curtailed that dream.

Although he missed out on featuring at the Rugby World Cup, the 2019/20 season would end on a high note for the Exeter-born forward as he featured for the Chiefs in helping lift a second Premiership title, as well as a first-ever Champions Cup crown. A few weeks later, he would add to his tally of international caps by featuring for Scotland in the inaugural Autumn Nations Cup. 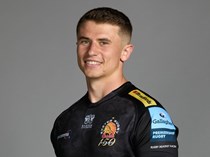 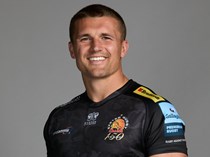