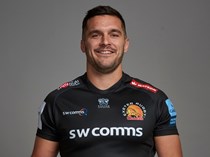 A newcomer into the ranks at Sandy Park this season, lock Tom Price joined the Exeter Chiefs on a two-year deal from Pro 14 side, the Scarlets.

The towering forward started out with the Leicester Tigers Academy back in 2013, during which time he also featured for the England Under-20s, playing alongside the likes of current Chiefs Jack Nowell, Henry Slade, Sam Hill, Luke Cowan-Dickie and Alec Hepburn, as well as playing under Rob Hunter, Exeter’s forwards coach.

It was in 2015, however, that he departed Welford Road and headed to the Principality, signing for the Scarlets where made 56 first team appearances, scoring three tries in the process.

Although a hamstring injury at the start of the season curtailed his initial involvement with his new club, Price's arrival certainly bolsters Rob Baxter’s options in the second row.

He made his Chiefs debut in the Premiership Rugby Cup clash against Harlequins in February 2020 and marked the occasion by scoring two tries. 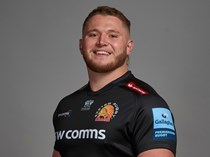