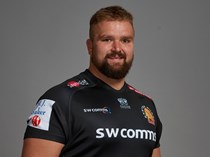 York-born Tomas Francis initially started his fledgling career at Malton and North RFC, before he was snapped up as a 19-year-old by Doncaster Knights.

The talented tight-head spent a year at Castle Park before he continued his professional career at Championship outfit London Scottish, where he was forging himself quite a reputation as one of the division's most potent scrummagers.

Never afraid to look for fresh talent out of English Rugby's second tier, Francis came onto the Exeter radar that year and he was subsequently recruited by Chiefs head coach Rob Baxter during the summer of 2014.

Despite the Devon club already have a plethora of quality tight-heads at their disposal, Francis settled quickly to life at Sandy Park and made his debut in the opening game of the season away to London Welsh.

Twelve months down the line, Francis was a firm fixture in the Chiefs match-day squad and his form had brought him to the attentions of the Welsh Rugby Union who, having checked his eligibility, were able to call him into a pre Rugby World Cup training squad after he qualified through his grandmother.

In August 2015, Francis made his debut for Wales in a warm-up friendly against Ireland, after which he was named in their squad for the World Cup, where Warren Gatland's side reached the quarter-finals only to bow out at the hands of South Africa.

In May 2017, he came off the bench to help the Chiefs to lift the Premiership title at Twickenham for the first time, after which he jetted off to New Zealand to be part of the Welsh tour that tackled Samoa and Fiji. After one appearance, however, Francis was one of a handful of players called up by Gatland to be part of the British & Irish Lions squad for their Test series against the All Blacks. Sadly, he did not feature for the Lions, but he was twice named on the bench during midweek matches.

Since then, Francis has continued to be very much part of the Chiefs first team make-up, as well as that of the Welsh squad, where he has featured prominently both in the Six Nations the 2019 Rugby World Cup in Japan, together with the Autumn Nations Cup in 2020.

His international experience, combined with his ability to lock down a scrum, mean he remains an integral part of the Chiefs squad, helping them to record a English and European title double in 2020. 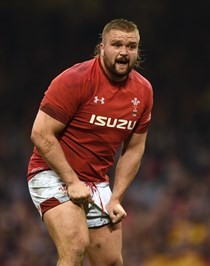 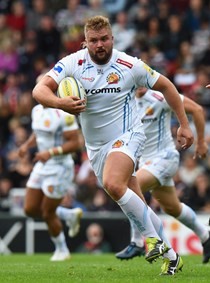