ABOUT ABBIE: Welsh international Abbie Fleming is returning back to her place of birth, as she embarks on her first season with Exeter Chiefs.

After starting playing rugby at 12, she moved to Wales and played for Cardiff Blues in Welsh regional rugby, captaining the side prior to her move to the Chiefs.

Her talents were rewarded with an international debut against Spain in November 2019 alongside current team-mate Niamh Terry.

Fleming - who is also a full-time physiotherapist - has also played for the Barbarians. 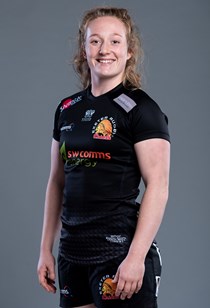