After a hugely successful first season in the Allianz Premier 15s, Exeter Chiefs Women are looking to kick on again this year.

Last season saw the side record 10 victories and a 6th place finish, with the goal now to push on towards the play-offs.

The team are the club’s first-ever affiliated women’s team. For some time, Exeter Rugby Club Chief Executive, Tony Rowe OBE, together with Director of Rugby, Rob Baxter, had explored the idea of creating a women’s team at Sandy Park – and the fruits of their labour were revealed with plans back in September 2019.

The side is coached by Head Coach Susie Appleby, who joined Exeter Rugby Club from Gloucester-Hartpury Women’s team where she had been in a similar role since 2014.

Former England scrum-half Appleby retired from playing in 2007, winning 65 international caps for her country, after making her debut in 1994.

The side is made up of a combination of local talent and international stars, with USA Eagles Captain Kate Zackary and England international Poppy Leitch leading the side as co-captains for the 2021-22 season.

The successes of the side last season have seen players reap the rewards at international level, with young England players Flo Robinson and Merryn Doidge currently part of the wider senior England squad, as well as a large number of the side also featuring as part of the U20s squad.

Looking towards the future of the programme, the team also has a strong relationship with Exeter University, where current co-captain Leitch also acts as Head Coach for their women’s programme, with a large number of the current squad either currently studying at the university or having previously studied there.

This season, there has been an influx of new talent into the squad, with internationals DaLeaka Menin, Clara Nielson, Kanako Kobayashi, Chloe Rolle and Zintle Mphupa joining a number of exciting English players in the squad, adding to the strength in depth and options available to Appleby and her coaching staff.

Scrum-half and Spanish international Patricia Garcia also heads up the newly formed Centre of Excellence, which is an integral part of assessing, supporting and developing U18 players on their rugby journey. The programme is run in collaboration with the RFU, allowing more girls the opportunity to progress through the England pathway.

The Exeter Chiefs Centre of Excellence is the next stage of the Devon and Cornwall counties programme. Both counties will nominate players that they feel can develop through the pathway, using a set of criteria designed by the RFU. These players then go through a trial stage at the Centre of Excellence, with a group selected from these trials to partake in the programme from September-May.

With the success of the team on the field and a large number of talented young players coming through the ranks, the future certainly looks bright for Susie Appleby's side.

For more information on Women's Rugby in England, visit the England Rugby Homepage 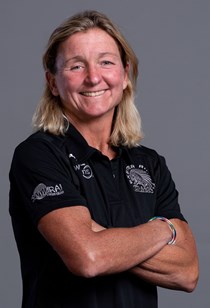