ABOUT JOANNA: Joanna Kpicked up rugby when she was 18 after a college room-mate encouraged her to attend a practice. Through high school, Kitlinski ran track and cross country for four years.

Easily adapting to rugby in college, Kitlinski became a Collegiate All-American in 15s from 2010-11 before moving on to compete in the Women's Premier League where she won a national championship in 2014 and 2015 and was named an MVP in 2015.

Following her second national championship, Kitlinski earned her first cap with the U.S. Women's National Team 15s in July of 2015 against Canada where she scored her first try.

Offered the chance to try her hand in the Allianz Premier 15s, she headed to Exeter at the start of 2021 alongside compatriot Rachel Johnson and has provided stiff competition to Emily Tuttosi for the No.2 jersey.

Kitlinski is also fluent in polish and has a Bachelor's Degree in Psychology. 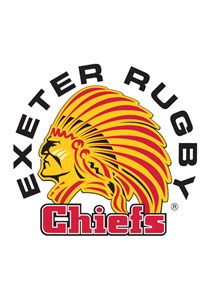