ABOUT LAUREN: England international Lauren moves to the Chiefs having secured back to back Premier 15s titles with former club Saracens.

The highly-talented centre spent eight years with the Londoners, during which time she made her England debut in 2012 against Spain. Since then, Cattell has amassed 25 caps for her country.

She has also represented England at 7s on the HSBC World Sevens Series.

Her experience in the Exeter midfield has proved invaluable during the club's first season in the Premier 15s - and she formed a quality midfield pairing alongside American Gabby Cantorna. 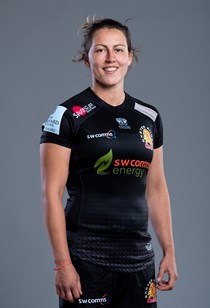