Prior to joining the Chiefs, she enjoyed a season playing in the Premier 15s for Richmond, before making the move to Devon to team up with Susie Appleby's new-look team at Exeter.

Already she has written her name into the history books with her new club, scoring the first-ever hat-trick of tries by a female player for the Chiefs in a comprehensive 76-5 victory over DMP Sharks in February 2021 at Sandy Park.

Away from the game, Burgess is a researcher at the Orthopaedic Research Institute at Bournemouth University, combining her role there with studying part-time for a PhD. 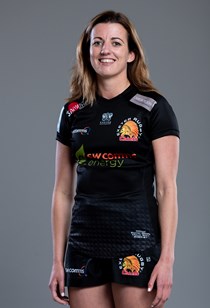