ABOUT NIAMH: Welsh international Niamh has a rich history of success at age group level behind her.

Competent in a number of positions across the backline, she has captained Wales U18s 7s side, as well as the Welsh Touch Rugby team in the past.

Having begun playing rugby when she was eight, Terry previously played for the Ospreys and made her senior international debut in 2019 against Spain.

Since arriving at Sandy Park, she has already proved her worth to head coach Susie Appleby, producing some eye-catching displays at full-back, wing and in the centre.

She made her debut for the Chiefs in their Premier 15s home game against Bristol Bears in October 2020. 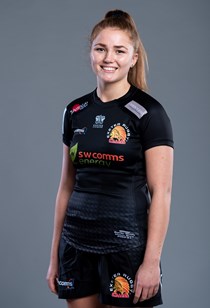