Her work at the set-piece, combined with her energy around the field, have helped to provide a real edge to the Exeter eight during their first season in the Allianz Premier 15s.

She captained her country for the first time in 2019 against the USA in the Can-Am series, scoring in the second leg of the tie and joins the Exeter Chiefs having had previous Premier 15s experience with Saracens. 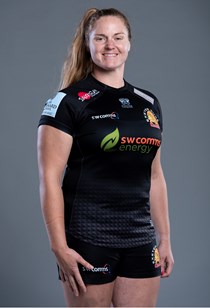