ABOUT PATRICIA: The vastly-experienced Spanish international has seen and done it all in her rugby career thus far, representing club sides in Spain, France, New Zealand and Japan.

Garcia has won 39 caps for the Spanish national side, as well as appearing in 198 games over multiple 7s tournaments for her country. She has previously appeared at two Women’s World Cups in 15s and two in 7s, representing Spain at the 2016 Rio Olympics.

In 2018, she was named in the women’s HSBC Sevens World Series Dream Team.

Her experience of playing around the world, together with a proven skill-set, have been key in helping to develop a number of the younger players coming through at the Chiefs.

Away from rugby, Garcia has also set up her own charity, PGR NGO, which aims to promote social education and values through rugby. 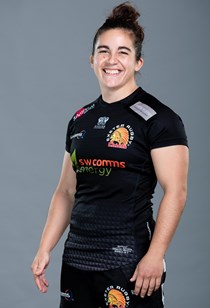