ABOUT PAULINA: Swedish 7s international Paulina began her rugby journey five years ago, transferring to the sport after previously competing in the long jump in Sweden.

The talented winger came over to England to feature in a trial game for the Chiefs away to Newcastle Falcons, after which head coach Susie Appleby offered her the opportunity to further her rugby career with the newly-formed Exeter side in the Allianz Premier 15s.

Away from the sport, she recently completed her undergraduate degree in laboratory medicine and is now studying a cardiology course. 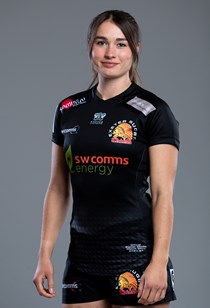