ABOUT POPPY: The experienced forward has impressed many since joining Exeter Chiefs from Bristol Bears at the start of the 2020/21 season.

Having made her debut off the bench against her former club earlier in the season, she has been a mainstay in the match-day side ever since, forging a strong second-row pairing alongside Canadian McKinley Hunt.

An England international, Leitch won her first senior cap against Italy in the 2016 Six Nations Championship and was most recently involved in the 2019 Grand Slam winning side.

She was part of the triumphant University of Exeter side that won back-to-back BUCS Gold titles, before taking up the role of Women’s Head Coach at the University at the start of the 2019/20 academic year. 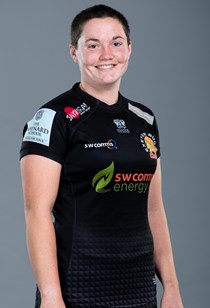