Chiefs side to face Irish

Rob Baxter wants his Exeter Chiefs side to show the same ambition and hunger they demonstrated 12 months ago in securing a Heineken Cup place to be the key driver for them as they head into the final run-in for this season's Aviva Premiership.

With just three top flight fixtures remaining for the Devon club, the battle to get into the top six is set to go right to the wire as the eighth-placed Chiefs look to close in on the likes of Gloucester, Bath and London Wasps, who lie just ahead of them in the all-important, remaining places.

Tomorrow, the Chiefs - who have won three of their last four Premiership games - play host to London Irish at Sandy Park (3pm) in the first of three crunch encounters.

For Baxter, it's a clash he is clearly relishing as he aims to get his club back playing amongst Europe's elite teams next season.

"We're in a nice position at the moment," he said. "We're coming up on the rails of a few teams above us and we are making a bit of a late run. We did that last season when some good results right at the end drove us up fifth place - and now we need to show that same kind of ambition again. This week we've talked about going after it again and not resting on our laurels and thinking it's been a nice season again. 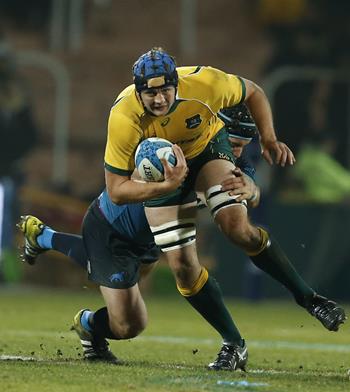 "Yes, it has been a good season and we've beaten some fantastic teams along the way. Our Premiership record - especially at home - is good, but that doesn't count for too much if you don't stay ambitious and want to achieve more. At the minute, things are within our grasp, but there are still lots of points still to be gathered. What we have to do now is put together three big performances; work hard and show a good competitive edge this weekend, else it will slip away very quickly."

Certainly the Chiefs will tackle the Exiles in buoyant mood having claimed a good away win at Worcester Warriors last time out, as well a 27-23 win in the corresponding fixture against Irish at the Madejski Stadium back in November.

That was one of 12 defeats Irish have suffered in a disappointing league campaign that has seen them battling at the wrong end of the table. In recent weeks, however, their form has improved significantly and with the threat of the drop effectively gone, Baxter has issued a pre-match warning of the threat the visitors pose to his side this weekend.

"They [Irish] have been involved in a bit of a dog fight all season, where every point's vital," added Baxter. "As the season has gone on the games have been more pressurised, especially prior to London Welsh getting the points deduction, and their last few games have been relegation battles for them and those are big pressurised environments.

"When you break out of that, as London Irish have now done, you can press on and really enjoy the rest of the season, try a few new things, develop your game and look to take a few scalps along the way. We've done that in the past. In our first season in the Premiership, once we got ourselves safe, we really enjoyed the final part of the season and played some really good rugby.

"And what we've said to the guys this week is that we have to challenge ourselves to have an ambition that is greater than that of Irish. We know they are a very good side and pose a lot of danger to us, but I've got to expect our motivation to be very high because of the potential things we're fighting for. All I want to see is a group of highly-motivated players playing as well as they can. You can't ask for too much more than that."

Motivation, it seems, will clearly not be an issue, neither should fitness within the home camp after the Chiefs were without a game last weekend following their exit from Europe. That short break has allowed the Exeter players to not only recharge their batteries, but gives Baxter virtually a fully-fit squad to select from.

Changes to the team that started against the Warriors a fortnight ago see Brett Sturgess (pictured) return in the front-row at the expense of Carl Rimmer, whilst Ben White is given the nod over Dave Ewers in the back-row. On the bench, a collarbone injury to James Hanks means he misses the game, so his place amongst the replacements is taken by Aly Muldowney.

Buoyed by that latest win on the road, Baxter hopes having two of the final three games being staged on home turf can help to provide an additional boost to his side's chances. He said: "It's always nice playing at home because we've got a pretty good record here.
Although records - home or away - rely on the performance you put in, not necessarily where you play. What we have to do this weekend is make sure the way we play involves the crowd and that we show them how important it is to us.

"We know how our crowd gets behind us when we are playing well, so that's another challenge we've laid down to the boys this week. We want them to show the crowd how important a game this is and they will respond likewise."