White keen to repay the faith 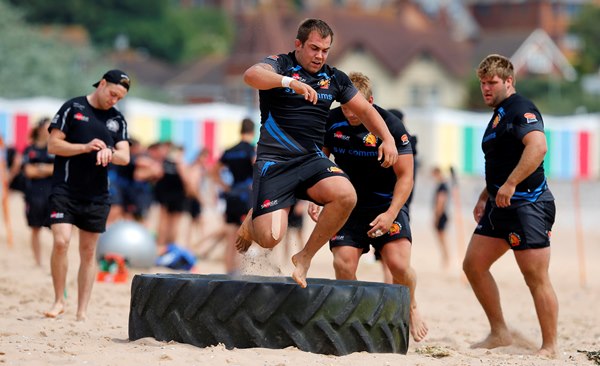 Ben White admits he is eager to repay Rob Baxter for his extra playing time this campaign by helping fire Exeter Chiefs into the Heineken Cup.

In White's first season the back rower appeared in 16 Aviva Premiership games all of the bench, as the Chiefs secured their first-ever Heineken Cup campaign by finishing fifth.

However, this season has seen the 29-year-old feature far more heavily in Baxter's first-team plans, having made seven starts ahead of this Sunday's clash with London Wasps live in front of the ESPN cameras.

Chiefs currently have a range of options in the flanker position, with England international Tom Johnson and 2011-12 Aviva Premiership Player of the Year nominee James Scaysbrook at Exeter, as well as the likes of Dean Mumm, Richie Baxter and Kai Hortsmann, who can also play in the role.

And White is grateful to be given his chance to shine since arriving from Cardiff Blues, and is looking to say thank you in the best way possible - by helping secure a second-consecutive season at Europe's top table. 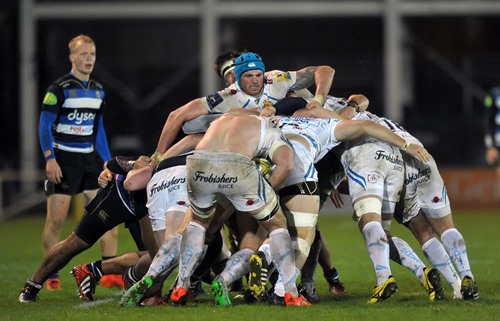 "I have really enjoyed this season and I think I must have played double than I ever have done before," he said. "We have some very good players in this position and although it is never nice to see someone get injured when Tom Johnson went down that gave me my chance. And to keep him out of the team now he is back is great and hopefully I can just keep putting in the performances and finish the season strongly.

"We finished in the top six last year and everyone is determined to do that again and finish the season strongly. We can go a long way towards that against London Wasps this weekend so that is our goal."

In their first season of Heineken Cup action Exeter Chiefs finished third in a pool that included Clermont, Leinster and Scarlets.

And having rubbed shoulders with the big boys of European rugby, White isn't about to let the opportunity slip through his fingers once again.

"Having Heineken Cup rugby at Exeter was great this season and now we have had that experience everyone is eager to not let it go," he added. "It is the big stage that everyone wants to test themselves on and it is great for the club. Also having the home games in the competition was great and the fans were fantastic and we want to secure that again for them."