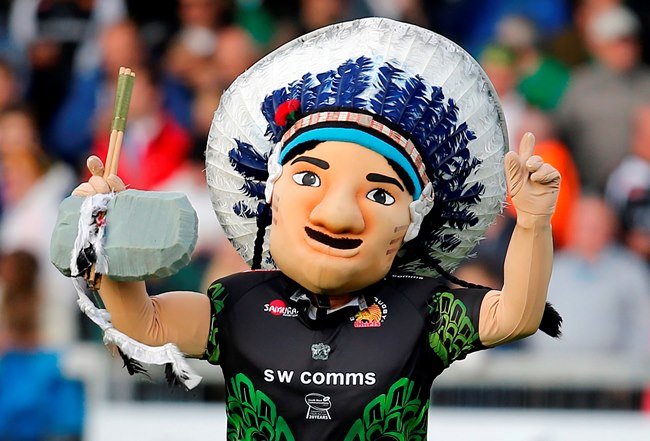 We all know match-days at Sandy Park are something special and this weekend’s is no different as Exeter Chiefs kick back into Aviva Premiership action against visiting Wasps (3pm).

Fresh from last week's 24-18 win at defending champions Northampton Saints, Rob Baxter's side will be looking to keep up the pressure on those around them in the top four.

However, standing in the way of the in-form Chiefs will be a Wasps side, who themselves warmed up for this latest encounter with a thumping 71-7 win at home to winless London Welsh last time out.

Not surprisingly, Baxter sticks with a largely unchanged line-up with the sole change coming in the pack where the fit-again Dave Ewers comes into the back-row in place of Ben White. Also included in the home line-up is Welshman Phil Dollman, who will be making his 100th league appearance for the club.

It will cap a remarkable week for Dollman, who on Thursday confirmed he had agreed a new two-year deal with the Devon club.

Tickets for this game have been selling very well but supporters wishing to attend the match can purchase their place either online through the ticket section of the official website or on the day of the game itself via the club ticket office.

The stadium opens to the general public from 12pm, where upon supporters can make use of the many match-day bars and food outlets, which for this season also includes a new match-day carvery.

The two-course carvery, which can be booked in advance via the official Chiefs website, is priced at £16 per person and is available in the County Suite with sittings at 12;15pm to 1:30pm and another from 1:45pm to 3pm.

For those taking in our Corporate Experience for the day, they will be royally entertained by former players Chris Bentley and Chris Whitehead, as well as current Chiefs Ceri Sweeney, Adam Hughes, Ben White and Jack Yeandle. 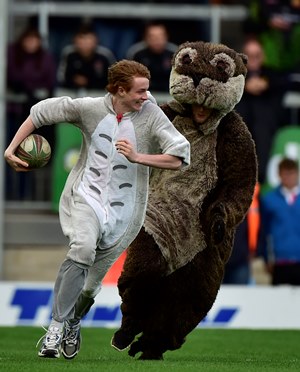 'Derek The Otter' will once again be lining-up a string of contestants to not only test their kicking skills, but at the same time win the chance to tackle the Otter Brewery mascot and win a case of beer.

Supporters will also get the chance to win some of the award-winning Darts Farm Cheese in our latest ‘Cheesy Tune’, which this week will be brought to you with the soundtrack of 'Sex Bomb' as voted by listeners of Radio Exe.

With the current QBE Autumn internationals continuing again this weekend, the England versus Samoa clash will be shown in the majority of the bars post-match. Kick-off for this game is at 7pm. Please note the Exeter Suite will not have the game on during the post-match music, supporters can watch the game instead from the County Suite.

It all begins with the traditional Man of the Match award presentations on the pitch, before we invite you all inside to the Exeter Suite for a night of musical mayhem brought to you by our two bands - Moob and then The Cassettes. Over in the Wigwam, Disco Danny will be belting out a host of hits with his post-game party.

With food and drink aplenty available, why leave the party early as you can dance the night away before then making the most of our late Bus Services back into the City Centre. Please note, bus times are varied this game due to the later kick-off time.

For those yet to have purchased tickets for the game, either click online by visiting the Chiefs official website or buy direct from the Ticket Office, which all be open from 12pm.

As always the usual match-day buses will be operation courtesy of both Stagecoach and Dartline - click here for further details - whilst match-day parking is available at a cost of £5 per vehicle at the near Westpoint Arena.