SW Comms back the Chiefs 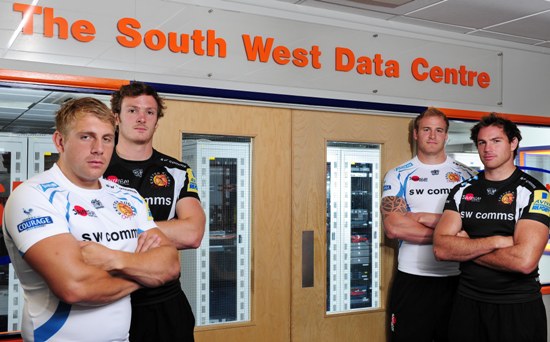 The Exeter-based telecommunications business has taken delivery of this season’s shirt to add it to the complete set from the last two decades which are housed at its headquarters in Sowton.

Mr Lodge said: “South West Communications Group has always been proud to sponsor Exeter Chiefs and we are especially excited about this season following our success in the Premiership last year which has resulted in our participation in the Heineken Cup for the first time. We wish the coaches and the team all the best for the 2012/12 season and look forward to supporting them from the sidelines for a 19th year.”