Ewers set for the challenge 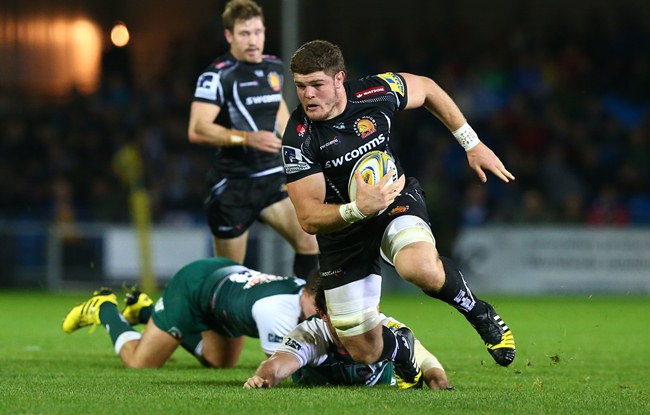 Dave Ewers believes the final three games of this season's Aviva Premiership represent a "massive challenge" to the Exeter Chiefs as they look to seal a place amongst the division's top six sides.

With important clashes against London Irish (home), London Wasps (away) and Gloucester (home) remaining for the Devon club, Ewers knows the battle for Heineken Cup qualification next season is set to go to right to the wire.

However, buoyed by Saturday's late 24-18 victory over Worcester Warriors at Sixways, Rob Baxter's side have certainly positioned themselves nicely for the top flight's final run-in.

With just minutes remaining at the weekend, Aussie international Dean Mumm snuck over from close range for his maiden score in Chiefs colours to claim the all-important, match-winning try in the Midlands. His effort, coupled with earlier scores from Luke Arscott and Gareth Steenson, who also added nine points with the boot, ensured the Chiefs of a third win in four Premiership games.

For Ewers and the Chiefs, the victory was certainly one to savour as they made their way back down the M5 on Saturday evening. However, further tests lie ahead for Exeter and the Zimbabwean-born forward insists he and his team-mates must continue to raise their game.

"We knew from the beginning that we would have to work for the whole game to get a result," said the 22-year-old. "As it worked out, we had to wait until the last few minutes to get that win. Obviously we're chuffed with the win, although we'd probably like it to have been a bit easier than it was.

"Worcester, we know, is a hard place to come, so we're glad we got the win and now we'll look to the next game."

Next up for the Chiefs is the visit of London Irish to Sandy Park on Saturday, April 13 - and Ewers says it's vital the club build on their latest success. He added: "We've got three games remaining and they are all going to be massive challenges for us.

"Right now we've got to just put the league table to the back of our heads and concentrate on the next game. The aim for us has to be to work as hard as we can and then see what happens. As I said, we're happy with the [Worcester] win because it keeps us in touch for the top six, but there is still a lot of hard work to be done."

And one man not afraid of doing the hard yards is Ewers.

A product of the club's highly-rated Academy, the former Ivybridge Community College youngster has again continued to grow within the Chiefs ranks this season and his form was recently rewarded with a new one-year contract from head coach Baxter.

"I was over the moon to get the new deal," he said. "The Chiefs are a great club and I'm happy to be here for another year. Playing for the first team is a great experience for me and hopefully we can finish the season strongly and get in that top six."