The Exeter Chiefs squad maybe taking a few well-earned days off following back-to-back wins over London Welsh and Harlequins, but Gareth Steenson insists it will be back to business again next week.

The Irishman produced a stellar showing in Saturday's 27-16 away win at reigning Aviva Premiership champions Harlequins, landing 17 points with the boot, as well as playing his part in Exeter's two tries scored by Damian Welch and Luke Arscott.

It was a victory that not only saw the Devon club claim a league double over the Londoners, but put the Chiefs firmly back in the mix amongst the division's frontrunners following a tough run of results in both January and February. 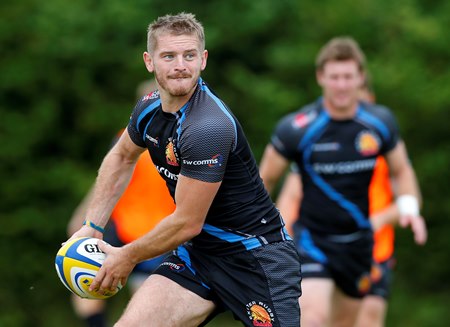 “It is great for us to do the double over Harlequins, but we have got to produce those sorts of performances in other games as well,” said fly-half Steenson. “We have probably missed out on a few opportunities, otherwise we could be right in the mix up near the top of the table.

“There have been a few disappointing results along the way, but we have shown that whenever we do turn up and play at our best, we are a tough team to live with, home or away.”

Although the Chiefs refused to get downbeat during a five-game winless streak in the top flight, the 28-year-old back insists a more clinical approach in the past two games has proved significant.

“If you look at the block of the fixtures we have had, there was only one game we were quite disappointed in, and that was away to Saracens, when we didn’t get the game plan right that day,” explained Steenson.

“At Sale, we created the chances but didn’t score the tries, which ultimately cost us the game that night, but in the last couple of weeks, we have created the same chances that we were doing before and just finished them off.

“We knew, if we stuck to the game plan we had at Harlequins, we would come through at the end, and it is great when it finally comes together.”

He added: “We pride ourselves on our fitness levels and working for the full 80 minutes, and we knew the pressure would be on Quins if we could stick close to them and keep working hard on what we were doing.

“We knew if we stayed in touch the opportunities would come, and they did in that final quarter, which was fantastic for us.” 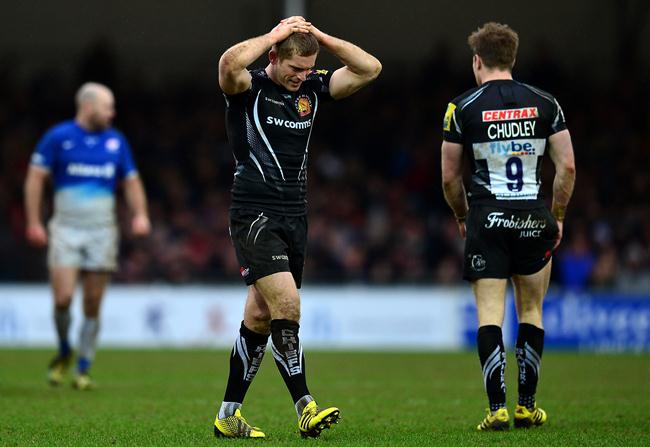 Soon to become a father for the first time, Steenson says he is keen to make the most of this week's quiet time, before then gearing himself up for what will be a massive encounter against the Tigers on Saturday, March 23 at Sandy Park (5pm).

“The Leicester game is something to really look forward to, but the boys have got a bit of a rest now, and a week off to recharge the batteries,” said Steenson. “We will not rest on our laurels after last Saturday’s result. It was a fantastic win, we will enjoy our week off, and when we come back in next week, we will start building for what will be another massive challenge, and hopefully a good end to the season.”

Tickets for the Tigers clash are selling fast and supporters who have yet to purchase their place for the game can do so by clicking here or calling into the Trading Post, which is open Monday to Friday from 10am to 4pm.