Former Exeter Rugby Club player, captain and president, Dick Manley, who has sadly passed away at the age of 89. Picture: PPAUK

Exeter Rugby Club are mourning the passing of former player, captain and club president, Donald Charles Manley, at the age of 89.

Captain for the 1962-63 season, the same year he won his four caps for England, he also featured for the renowned Barbarians 13 times, Devon and the Royal Signals (Catterick) during a distinguished playing career.

A pupil at Hele School growing up, he would spend much of his life here in Exeter. A back-row forward, who occasionally played on the wing, he was a stand-out figure for the club during the 50s and 60s. He was also part of Devon’s County Championship winning side in the 1956/57 season.

Dick’s great attributes were his speed in the loose, magnificent handling and uncanny instinct for covering in defence.

After a series of England trials, his on-field talents were finally recognised at the age of 30, when he was finally capped at Test level - making his England debut away to Wales in Cardiff in January of 1963. He played all England games in the that season, helping them to win the Grand Slam and Triple Crown, which included winning at fortress that was Cardiff Arms Park.

Husband to Pamela, the couple had one son, David, who he would later coach in the Exeter Colts set-up, as well as play an active role with the Exeter Wheelers Cycling Club.

By day, his trade was that of an accomplished cabinet maker. However, the demands of his working life would mean on occasions he would have to decline going on international tours, purely because he could not afford to be away from his business for long periods.

In 1994, Manley was elected as President of Exeter Rugby Club, a position he held with great pride and esteem until 2014 - a period of great change for the club transitioning from the County Ground to Sandy Park and embracing professional rugby.

Even before the Covid-19 pandemic, Dick would continue to visit Sandy Park with his son David, watching his beloved Chiefs in Premiership and European action.

His death will be felt by everyone associated with the club and we extend our deepest sympathies to Pamela, David, Laura and grandchildren George and Sophia, as well as other family and friends. His funeral will take place at the Exeter Methodist Church on June 21 (1pm).

Any donations will go to Head for Change Charity https://dick-manley.muchloved.com. 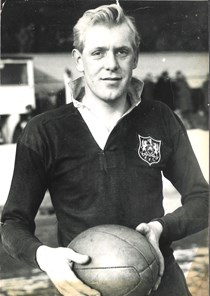 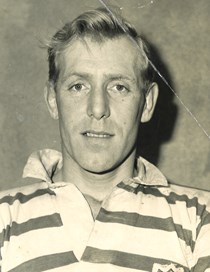 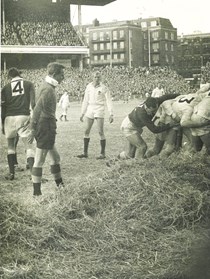