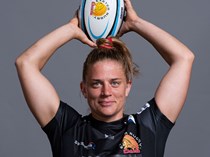 Hooker Emily has become a crucial part of Susie Appleby's Exeter Chiefs side, having arrived at the start of the club's debut season.

Tuttosi achieved early success in her career with international recognition whilst still studying at university in Calgary, where she studied kinesiology.

During that period, she represented Canada U20s, captaining the side in 2016 and the senior side, making her debut against England in 2018.

After graduating, she moved to England, signing with Loughborough Lightning, before signing for the Chiefs ahead of their debut Premier15s campaign.

The experienced front-row forward has become a mainstay for the Chiefs during her time at the club, with her eye for the tryline a crucial part factor in the Chiefs' rise to second in the table. 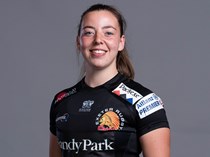 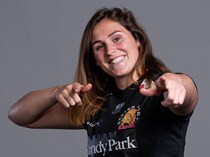